July 2019: QFS Collaborates with Patriot One Technologies, Inc.
QUASAR Federal Systems is providing technology to Patriot One Technologies, Inc. as part of a commercial arrangement. QFS is pleased to contribute to the important field of threat detection and proud of its technology’s functionality for this application. A press release about the arrangement is available here. 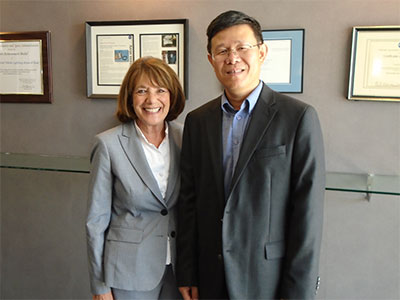 US Representative Susan Davis came to visit QFS to see a technical demonstration and learn about some of our work. Rep. Davis sits on the House Armed Services Committee and was interested to see how QFS is contributing to the Department of Defense. The picture shows Rep. Davis with QFS CEO Dr. Yongming Zhang in our lobby. 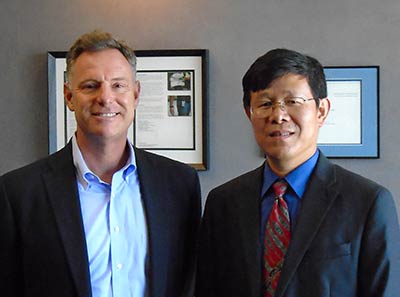 As part of his outreach to successful high tech companies in his district, Congressman Scott Peters came to QFS to learn a little about our work and offer an expression of support. This image shows Rep. Peters with QFS CEO Dr. Yongming Zhang. More images can be seen on Rep. Peters Facebook page.

We'd love to hear from you! We welcome your inquires, questions or suggestions. Let's talk about how QFS can solve your problems!